This quiz was featured on Buzzfeed’s front page. I’m only including a few of the answers here, but feel free to take the quiz online. 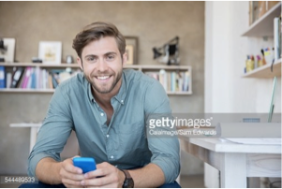 Some say the perfect man doesn’t exist. They’re wrong. His name is Travis. Romance isn’t dead—he is romance. By day, he’s an architect-doctor-philanthropist. By night, he’s a musician-poet-artist. He lives for candlelit dinners, fine wine, and bubble baths. His favorite hobby is listening to you.

Two words: mustache gel. No, he’s not talking about his mustache. He’s talking about the band, Mustache Gel. They’re an indie band that nobody else knows exists—except him. And he has two tickets to their concert tonight at a hidden indie venue nobody knows about, except him, of course. Wanna go?

When people say “earthy,” this is the guy they’re talking about! He loves hiking so much that the only food he ever eats is granola. His body is 80% granola. His doctor says granola isn’t enough food for sustenance, and that he’s slowly dying from malnutrition. 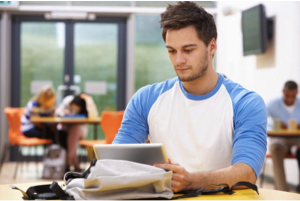 I am male human, MARK. It is nice to meet you. I am regular JOE. I enjoy HAMBURGERS, CAT VIDEOS, and INTERNET. Everything about me is NORMAL. Nothing ABNORMAL. I blend in with other HUMANS, like YOU. I am the same as YOU. We are both HUMANS. Let us embark on EARTH DATE together for NORMAL HUMAN ROMANCING.